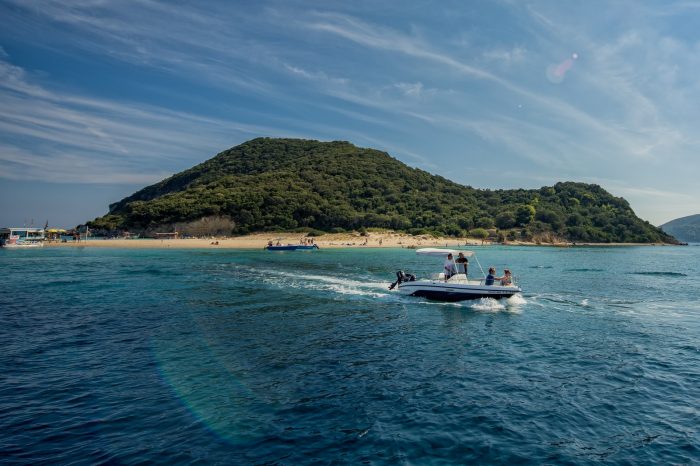 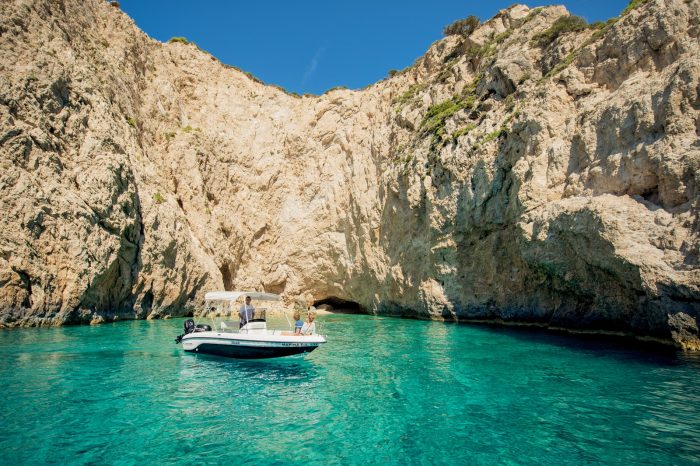 Welcome to the beautiful Island of Zakynthos! It is located on the west side of Greece, on the south of the Ionian Sea, across from the Peloponnese.

Zakynthos is the furthest south of the Ionian Islands and the third in area and population. It is located 8.5 nautical miles south of Kefallonia, 9.5 miles west of the Peloponnese, and approximately 300 kilometers west of the capital of Greece, Athens.
Its geographic location allows travelers to visit the other Ionian Islands as well, or even to travel to the shores of the Peloponnese opposite it, where one can find, among other things, the ancient city of Olympia, where the Olympic Games were held in antiquity. In addition, from Zakynthos, due to its direct transport connection, it is easy to reach the large cities of Greece, Patra, Athens, and Thessaloniki. An island full of contrasts, Zakynthos is mostly mountainous, with low mountains full of pine trees and fertile valleys.

On its northern, eastern, and southern sides, there are countless picturesque beaches, while to the west, on its imposing rocky coasts, many maritime caves have formed, such as the famous Blue Cave in the northwest of the island. The climate of Zakynthos is mild, Mediterranean, with much rain and extensive sunshine, even in the winter. Evidently, it also owes its immemorially abundant vegetation to this, which also justifies its descriptions as “full of vegetation” and “the flower of the Levant” (Flor di Levante) by Homer and the Venetians respectively.

Zakynthos is still an island with abundant agricultural production, mainly based on the cultivation of the olive, citrus fruits, and grapes, producing both raisins and the excellent wines of Zakynthos, with well-developed entrepreneurial activity, mainly in the field of tourism, and with a rich historical tradition, since for many centuries the island was a crossroads of peoples and cultures.